This week I look at more zines than “standard” RPGs. Why cover zines at all? Beyond my interest in them, there have been 101 launched in February during Kickstarters Zine Quest initiative with another 5 launched so far in March. That level of response leads me to believe that zines are a returned reality to the marketplace and worth exploring. To that end, I look at a standard RPG project that recently funded for digital options and is back with a print version, a Traveller zine, and an SLA Industries zine. 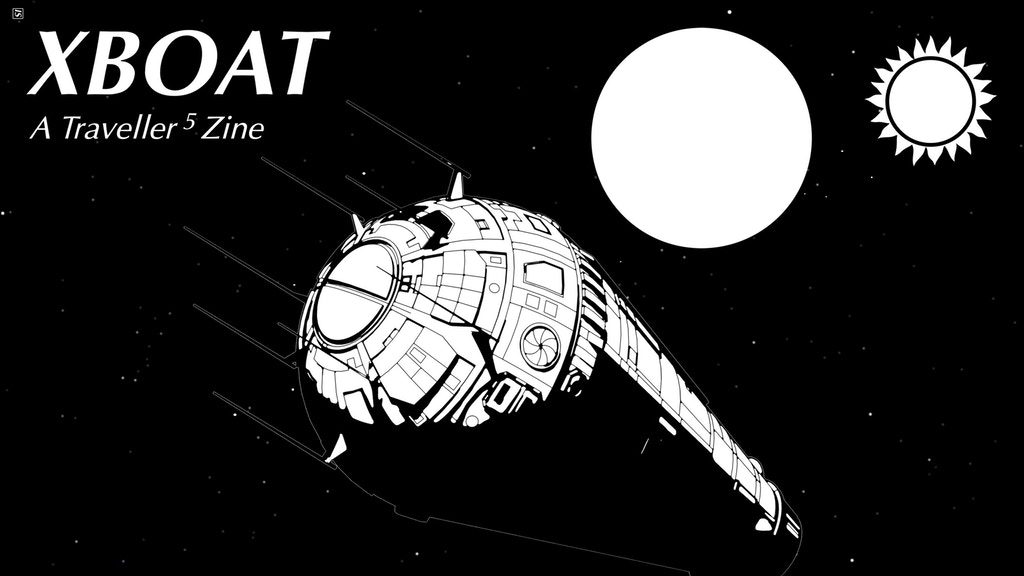 This is a true FanZine, with most of the material produced by Fans who are participating in the Traveller5 initiative. It’s about discussion, example, and bold ideas rather than finished product. So, these issues are “non-canon”, although content *could* be re-used in later publications.

Each issue is at least 16 printed half-pages (5.5 x 8.5) in a saddle-stitched booklet format. I’ll mail the issues out in flat envelopes.

Is it Compatible with Version __ of Traveller?

While the Fifth Edition is directly supported, these resources typically work with any version of Traveller, or science fiction role-playing games in general.

My name is Robert Eaglestone. I’ve loved the Traveller role-playing game for decades, and have had the privilege of working with Marc Miller and others on Traveller. I’m raising funds for a fanzine supporting Traveller — people, starships, worlds, animals, and more — with the fantastic artwork of Ian Stead and the moral support of Marc Miller.”

Kickstarter’s Zine Quest is about bringing RPG zines back to the market, but it’s also about capturing the spirit of fanzines, products that openly wear their love of their selected game. Xboat is a prime example of that, embracing Traveller and offering new ideas for the 42-year-old RPG. While it focuses on Traveller 5e, it’s open to all facets of the system with articles that can improve any game of Traveller.

This crowdfunding campaign ends on Sat, March 23 2019 6:09 PM EDT. You can support this Kickstarter campaign here.

This is the exact same campaign as in 2018, but as I have informed you, or at least stated publicly, this campaign is not digital only, but PRINT AND SHIPPING HAS BEEN ADDED. I have also added an extra. The $15 COMMERCIAL LICENSE spell sigil book. This was created to help complete an open project on fictional, in-game devils and demons, but also to improve the ARROWGHAST’S SPIRIT SUMMONING GRIMOIRE.”

There’s a great deal more information about this project on the Kickstarter page, but I covered this Dark by Dezign game during its digital-only version and, since this is a campaign with a new option (print), my original thoughts still apply:

“What does Matthew A. Bogdan have cooked up for you in this project? A Halloween-appropriate series of books that present a 14-night campaign where, each evening/adventure/session, the PCs must survive a castle full of the undead or die trying. This project goes for immersion with a variety of books, some specific to the PCs and others for the setting. This campaign will fund five books:

This game will combine elements of sword and sorcery, Edgar Allen Poe, and a haunted castle with a highly immersive selection of books, keepsakes, and meals. Ghosts of Castle Nevermore embraces the open elements of, not only, the D&D 5e and Pathfinder 1e OGLs, but also the public domain, specifically the works of Edgar Allen Poe. By combining these open sources, Dark by Dezign is creating a unique experience in gaming. Check out the campaign for many more details and a variety of samples.”

This crowdfunding campaign ends on Fri, March 29 2019 3:01 PM EDT. You can support this Kickstarter campaign here.

“Time & Tide is my love-letter to the World of Progress. Rather than focus on homebrew rules or new scenarios my intention is to dissect the heart & soul of SLA Industries.  What about this game has led to such a die-hard fanbase to still be active and growing after almost thirty years in print? Answers to this question will be attempted using essays, photos, fiction, interviews, art, social media posts, and even recipes. Contents will include:

Following the ZineQuest guidelines, Time & Tide itself will be 100 pages, A5, have a thin card cover, and is staple-bound. In addition to this, any backer who has accessibility needs will have provisions put in place to get all the content in a suitable format (large print, text files, etc). I’ll be creating the master copy by hand, using chop’n’paste collage methods to cut up blocks of text, art, and other media then taping it all together. This will be photocopied into a final item that gives that old school zine look and feel.

Kickstarter projects often run Stretch Goals that give backers more stuff for hitting certain milestones and this project will be no different. I will be setting Stretch Goals based upon the number of people pledging, thus:

These Stretch Goals are cumulative, so as an example anyone pledging  at the Integration 20 level will not only help move us towards having a  UV segment to the zine but also new stickers and the badge.”

My editor here at the Open Gaming Network, Kim Frandsen, introduced me to SLA Industries (Editor’s note: I actually backed this Kickstarter, not knowing Egg was covering it. 😛 ). A dystopian RPG, this game has existed since the early 90s and developed a cult following. Just as Xboat above, this is the definition of a fanzine, this one brings Nightfall Games‘ SLA Industries to zinedom. What Tanya Floaker is going for is a love letter to a game that is waiting for a revival. But, until then, this zine offers a variety of ways for fans to stay in touch with the World of Progress.

Not familiar with SLA Industries? TV Tropes has a writeup (read the full one here):

“In the World of Progress, a horrific Dystopia governed by Corrupt Corporate Executives (the eponymous SLA Industries) under the control of Mr. Slayer, an immortal plutocrat with a grand plan. The game follows the exploits of SLA Operatives, highly-trained corporate troubleshooters that the company uses for everything from quashing internal subversion to clearing mutant pigs out of the sewers. Their principal area of operation is the company’s capital of Mort City, an urban jungle the size of Eurasia, rain-soaked home to a churning mass of serial killers, terrorists, human traffickers, psychotic war veterans, killer cyborgs, cannibals, mutants, cannibal mutants, and the aforementioned pigs.”

This crowdfunding campaign ends on Sat, March 30 2019 4:00 PM EDT. You can support this Kickstarter campaign here.

On a personal note, I want to thank every reader that shared or backed my recent RPG Kickstarters, POWERED by the DREAMR, and Love’s Labour’s Liberated. Thank you for helping me to make these zines! 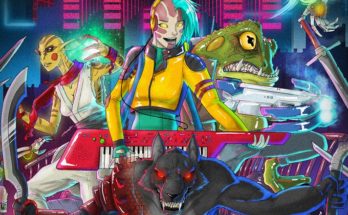 3 RPG Crowdfundings You Should Back – Lasers & Liches, Encephalon Gorgers on the Moon, and The Compleat Beastman