The following review is an OPINION piece and only reflects the opinion and tastes (because ultimately, all reviews will be based in personal taste) of the reviewer.

*DISCLAIMER: A free version of these books were provided, for the purposes of this review.* – Also please note that we are reviewing these in light of the fact that they come from a completed Kickstarter that we would normally have covered here on the Open Gaming Network.

Page count: 58 for the Big Book and 62 for the Giant Book 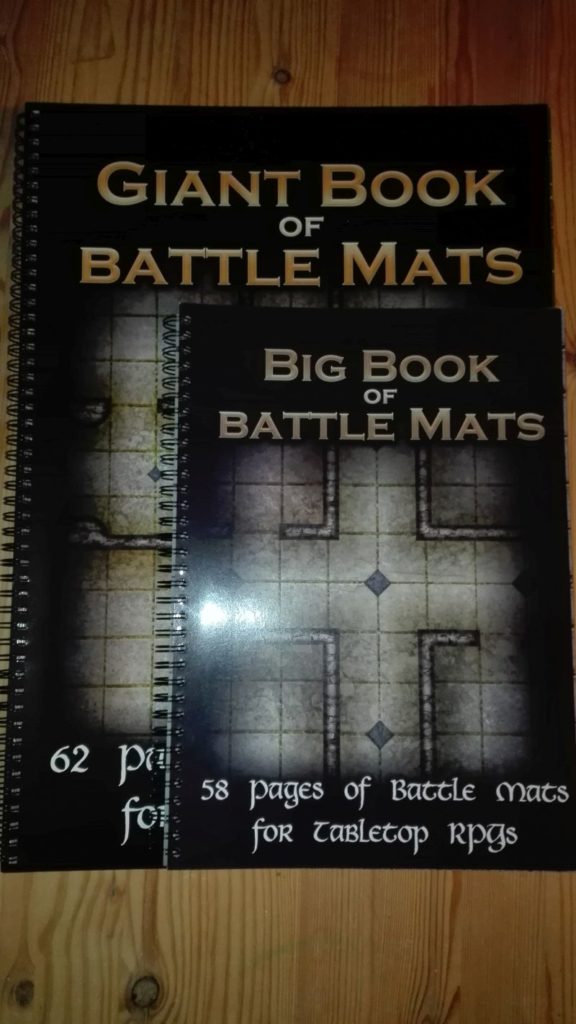 Right, so in my hands are two slightly unusual products. Normally I, of course, review books here on the OGN, and it’s been a while since I last dipped my hand in, but these had me intrigued. This is partially because I’ve been playing with erasable battle maps for AGES and partially because I’ve been looking for an affordable alternative – but preferably one that leaves me with as little work, as a GM as possible. And these books seem to fulfill that need.

First, I have to mention the page quality. Each page (including the cover) is made in what feels like thick card stock, that has been laminated very well, and then spiral bound. The pages feel excellent, and they feel like they should match up well to wear and tear. One thing I do miss here though is the ability detach the individual map pages, like along a ripped seam, but I can see where some might not want that, as it would likely rip over time, whether you wanted to keep it in the spiralbound or not.

Both books conform to the pretty much standard 1-inch grid layout, with one being A4 size and one being A3 size. 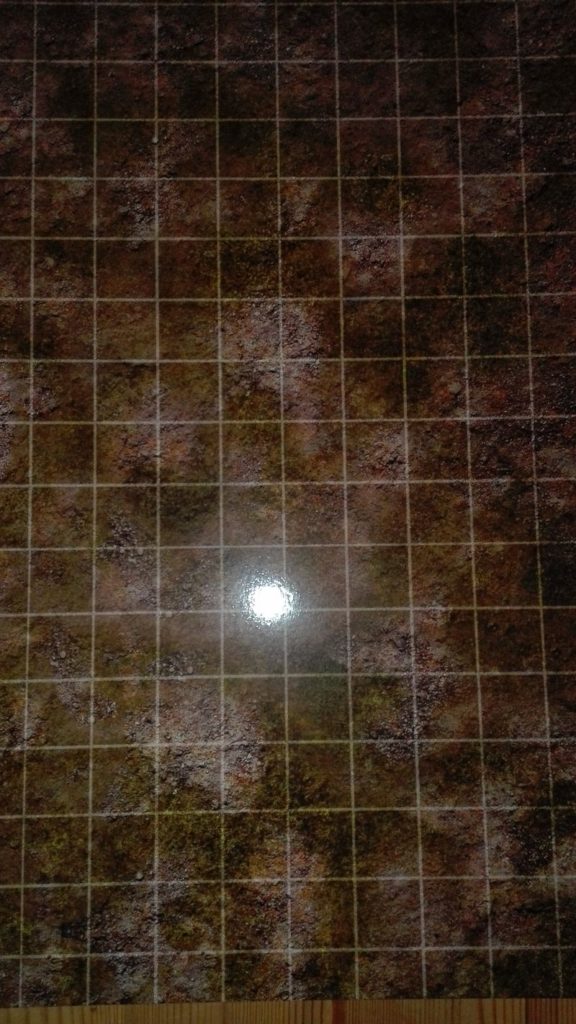 The size of the Big Book is decent, but I have to say that the Giant Book is likely a better size for most gaming groups, as there’s simply more ROOM for things to happen on. For small-scale battles (and ease of transportation) the Big Book wins, but for larger battles etch, I’d rather go for the Giant Book. 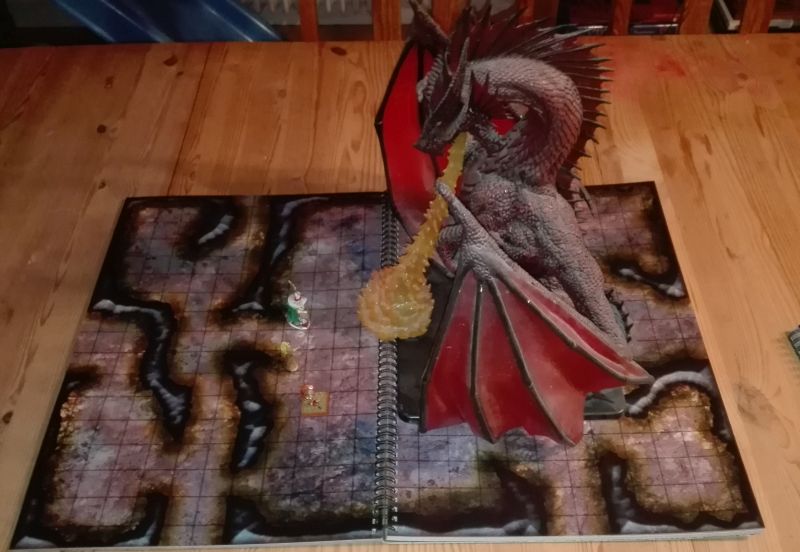 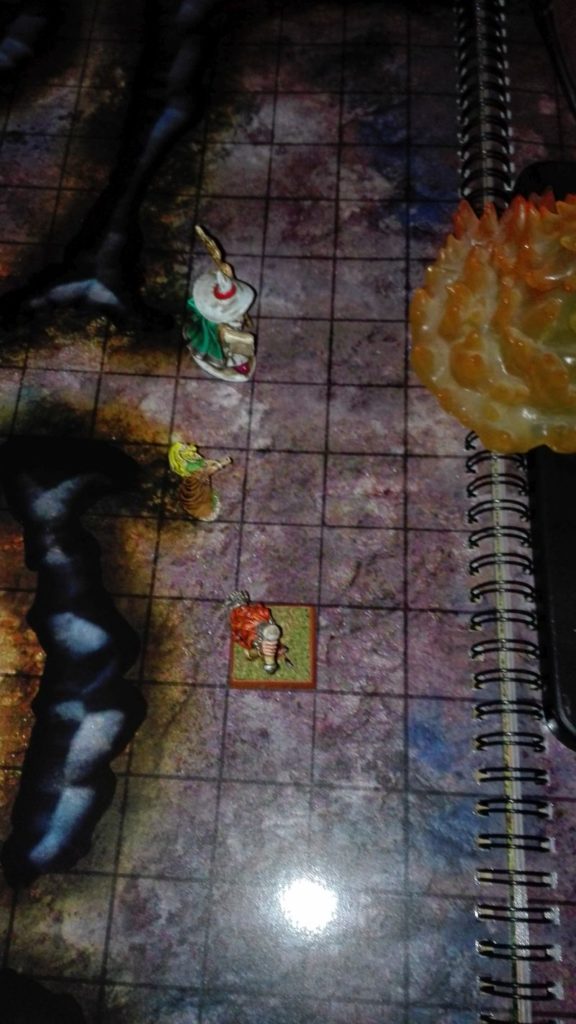 There’s also a LOT of variety for the maps themselves. From simple grey layouts (I’d love to try those with some Dwarven Forge walls or maybe some home-made ones) and a wasteland red one, with no obstacles drawn on the map, all the way to a small caste and underground lairs. The sheer variety should give anyone enough to work with, but the simpler grids generally would benefit from the GM making something extra. 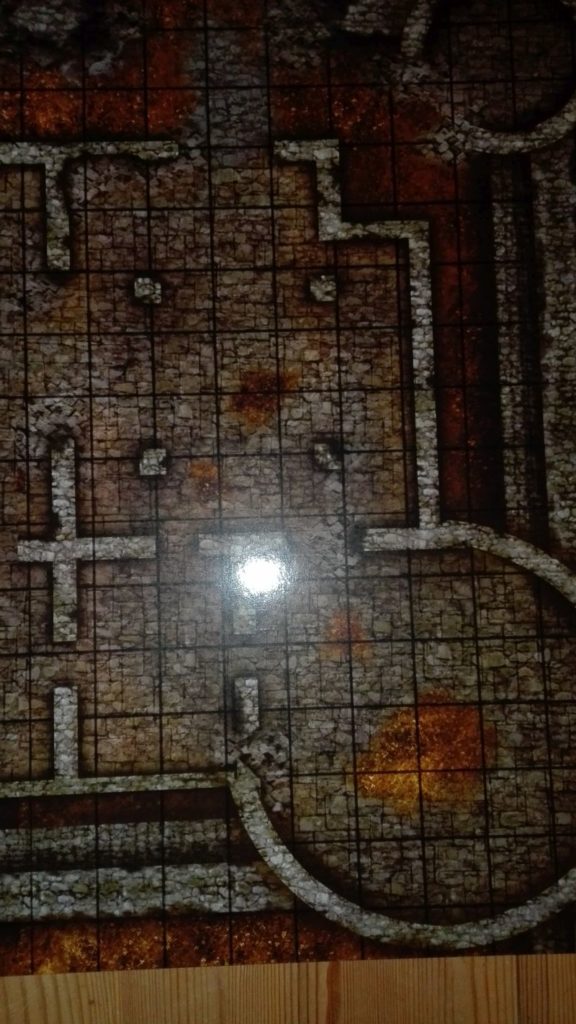 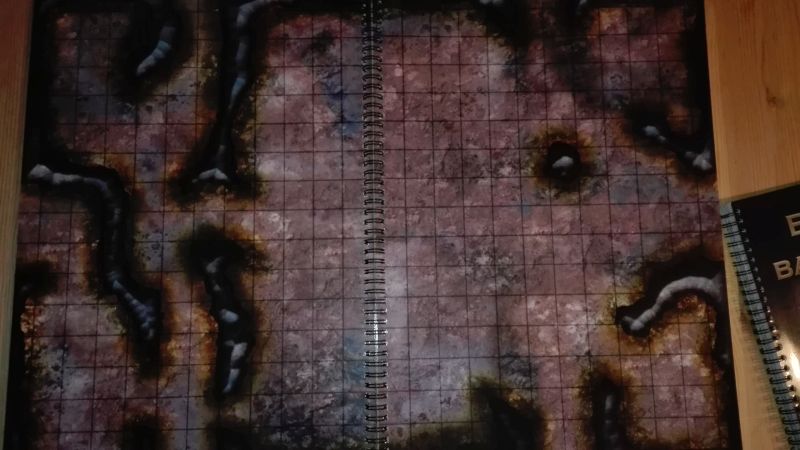 And that’s what I’ve tried doing here, at least simple ones, in this corner of one of the maps. (Using 2 Staedtler Lumocolor non-permanent markers). Here it should be said that the laminated pages take AT LEAST as well to the markers as some of the other battlemats I’ve seen on the market (such as the Chessex one). I actually found it to take to the marker better than my Chessex mat, though that may be due to the fact that it’s almost 8 years old at this point. 😛 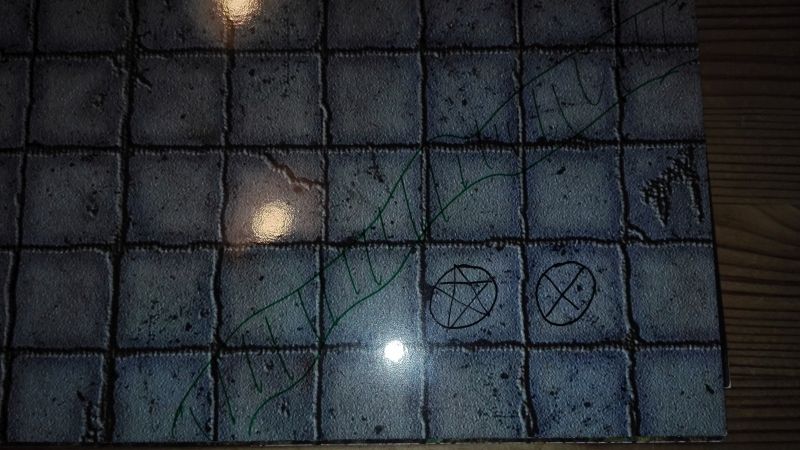 For good measure, I left the markers on for 10 minutes, to see how well they erased on there, and this was the result with a simple kitchen towel: 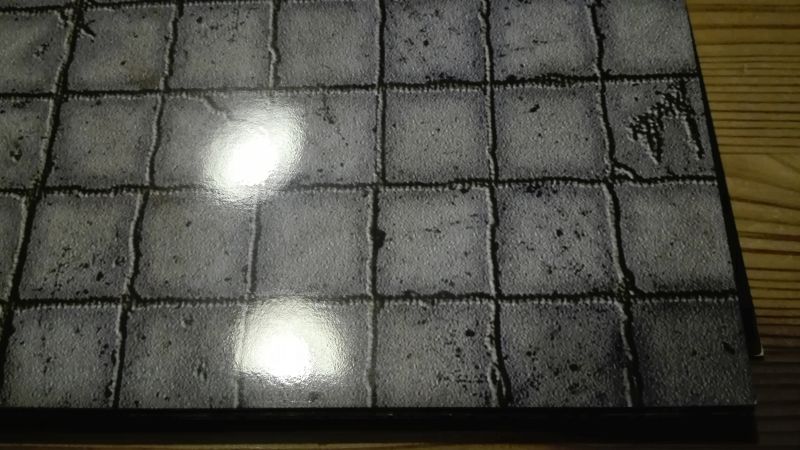 While it required a little bit of rubbing, there is absolutely no sign of the markers that I used, though I would recommend a wet-wipe if you’re planning on leaving it on for longer than that, just in case.

In short, I am extremely impressed with what they’ve come up with here. This is an excellent product. I’d have to say though that the Giant Book edges out the Big Book ever so slightly, so where the Giant Book received a wholehearted 5-stars, the Big Book receives 4.5. – The only thing I would have liked to have seen introduced, as mentioned above, would be a way to rip out the pages themselves, but as said I can see why the team has gone this way, and I should point out, that I think it’s entirely possible that you could take them out of the book, using a pair of scissors.