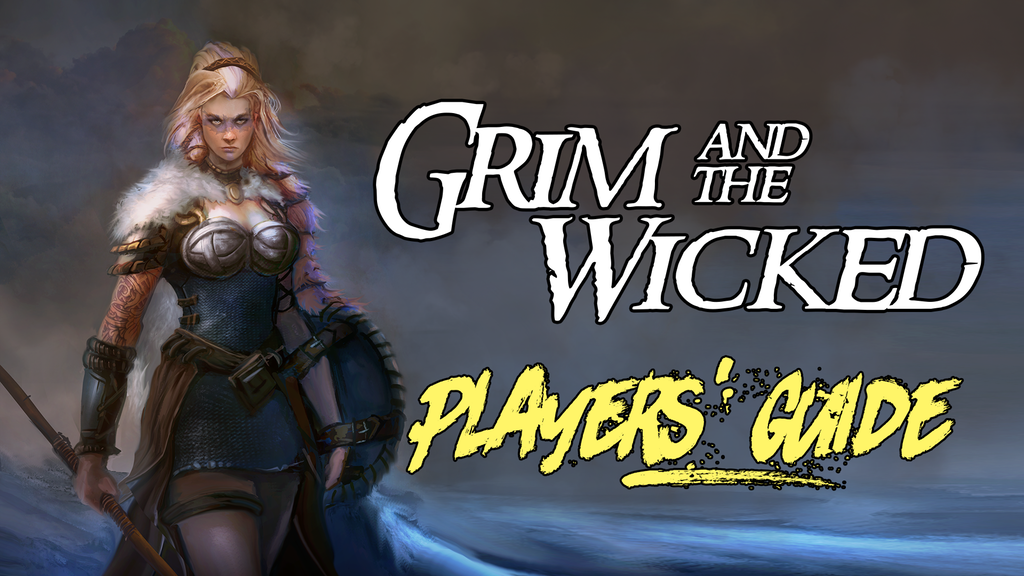 “The Gilded Road” – a 5E adventure by Leave the Silver

“The first 5e “Classic Twist” adventure by Leave the Silver for a group of inexperienced characters. There’s really no place like home!

Cover Art evolves as the project comes to life. It has already gone through 2 different iterations and might yet see a third, more glorious one with an old-school feel or perhaps something that looks…gilded? One never knows…

Interior Pages: Already a Change in the Wind…

The interiors have already begun to change…the basic look and feel of the original just did not appeal to us when we looked through it. We wanted something more…dare we say…luxurious. We will show you when we decide between the two we have. Here is the original. Not bad, but does not fit the feel.”

Dorothy, Toto, and company in Oz playing out a “Classic Twist” adventure using Dungeons & Dragons 5e rules; The Gilded Road is not exactly that, but that story is clearly the inspiration. As has been noted before by many, The Wizard of Oz is the tale of a D&D adventuring party long before that game’s creators were born. Dorothy, her animal familiar, a scarecrow, a tin golem, and the comic-relief-lion on a mission where they combat winged monkeys and plants that can cast Sleep once per day all in the hopes of completing the king’s mission to invade a witch’s castle and commit witchicide (pythonissamicide?). For their service to the Kingdom, each receives a reward of great personal value. Using the D&D 5e System Reference Document, the public domain ideas behind L. Frank Baum and W. W. Denslow’s novel series, and their own interpretation, Leave the Silver has grown this interesting combination into a gaming series. Will it work at your gaming table? It depends on your table’s interest in Oz and your chops as a GM to make a known story into a thrilling game night. With that in mind, the idea of “The Gilded Road” could be a perfect fit for your gaming table.

“A horror campaign setting for the 5th edition of world’s most famous roleplaying game.

Lamp’s Light Sanitarium deals in subject matter that may be upsetting, disturbing, and/or a trigger for certain readers. Prior to using the material contained within please be sure to discuss with your group what you plan to include in your game.

Lamp’s Light was written for mature audiences. It is designed to portray a gritty, unsettling, and evocative setting so you and your players can delve into aspects of the game that are not typically explored. Our intent is not to shock, offend, or demean anyone. That said, this supplement explores many behaviors and situations that may not be suitable for all audiences.

The classic tropes and creatures of horror are widely used within the 5th edition of the world’s most famous roleplaying game and yet few would consider it a “horror” game. Why is that? The heroes are larger than life, their actions do not generally have long-term consequences, and a horde of flesh-eating ghouls is little more than a momentary distraction. Clearly copious amounts of blood, violence, and gore do not make a game a horror game. To instill a sense of horror — or more accurately, dread — in a 5th edition game, other modalities should be explored.

Lamp’s Light as a setting focuses primarily on two things: the horrors that are inflicted upon others, in particular the mentally ill, disadvantaged, and forgotten; and the slow loss of control of oneself as psychic, intellectual, and emotional scars accumulate over a lifetime of conflict.

Within the walls of Lamp’s Light Sanitarium, you will find all manner of medical marvels. The sick will be healed, the lame made to walk again, the mute will regain their voices, and miracles are seemingly an everyday occurrence. The facility’s reputation amongst the wealthy is spotless. The staff is educated, knows their place, and most importantly are discreet. The academic elite view Lucien Prosper’s legacy as the pinnacle of research and cutting-edge treatments for maladies that cannot be cured by other means. The poor know that Lamp’s Light helps them when it is able, taking in ailing children and afflicted adults who have nowhere else to turn. The religious orders of the city publicly praise Lamp’s Light for their philanthropy, while privately condemning them for their reliance on the arcane arts of science and technology.

These wonders come at a price, one that Dr. Orson Renwick has paid countless times over his tenure. Dr. Renwick has been experimenting on his patients since shortly after the asylum opened its doors. All in the name of science, progress, and the greater good. With each success, and failure, his perception of acceptable evolved, twisted, and expanded to until no depredation was too taboo. The horrors he’s inflicted upon countless patients all began with the best intentions.

In the course of a lifetime of adventure, intrigue, and exploration our heroes face challenges that would break a normal man or woman. Luckily, they are made of sterner stuff and weather the storm to fight another day. The heroes have been a part of countless battles, exposed to effects that cause direct injury to their mind, met creatures whose very presence instills primal terror, and are targets of mind-affecting magic. Like anything exposed to the elements the small chips, cracks, and erosion wears away the outer shell until all that’s left is the exposed, raw core. The psychic scars left behind change a character.

Lamp’s Light is a fully realized horror sourcebook for the 5th edition of the world’s most famous roleplaying game. This black and white campaign guide has an expected page count of 130+ pages. As stretch goals are met additional content will be added and the book expanded to accommodate.

Lamp’s Light Sanitarium is a sprawling estate beautifully detailed in hand drawn maps by Toby Lancaster of Dark Realm Maps. The asylum is charted with six individual maps each of which has dozens of fully described rooms. The asylum is equally at home as an oasis in an urban environment or as an idyllic country estate. The characters, themes, and setting are distinctly Victorian with Gothic and steampunk elements.

Lamp’s Light Sanitarium is, above all else, a framework that can generate dozens of adventures, full campaigns, and countless hours of roleplaying. Adventure hooks are included throughout the book to fire the imagination of DMs and players. Sections include:

Lamp’s Light Sanitarium is a gothic Victorian campaign location with elements of steampunk. Think Victorian horror where you’re in a sanitarium using 5e rules with the benefit of an optional sanity system. While this is designed for 5e, there’s a chapter in LLS detailing how to incorporate this world into your campaigns from Kobold Press and Frog God Games, as well as, of course, Wizards of the Coast. Expect 130 pages of story, art, and maps that exceed your expectations. While this is the first Kickstarter from Saturday Morning Scenarios this is not the first RPG from SMS’ creator, Matt Corley. As a lead designer for Kobold Press, he’s behind KP’s recent Kickstarter success, Tales of the Old Margreve, for D&D 5e. This is to say that SMS is more than capable of delivering a fun, professional, and timely product.

What makes this an interesting idea is that the game builds on D&D, which is normally a sword and sorcery fantasy setting, yet brings the adventure far forward, fantasy-time-wise. Will this fit in your world? Normally that would be a worry, but the aforementioned chapter on how to blend it should help to make this setting feel seamless. That combined with Matt’s pedigree means this will be a dark addition to your gaming table.

This crowdfunding campaign ends on Wednesday, November 28 2018 9:32 AM EST. You can support this Kickstarter campaign here.

Grim and the Wicked Players’ Guide by GeoQuester Gaming

“The Fifth Edition Dungeons & Dragons players’ guide to the Grim and the Wicked campaign.

After the successful Kickstarter funding of the Fifth Edition Grim and the Wicked campaign in August 2018, one of the most common questions sent to us has been, “will there be a players’ guide?” During that campaign, we had always planned to release the guide as a stretch goal, however, we didn’t reach the level of funding required to unlock it.

Now, we’re asking for your help to bring the Grim and the Wicked Players’ Guide to life!

The full text of the Players’ Guide is complete. The funds raised from this Kickstarter go towards additional artwork by our talented team of artists, editing by veteran designer Paul Jeffries, and layout by Rick Hershey of Fat Goblin Games. This book will also include original internal artwork by RM Shaffer (PassionFourDrawing) and Dean Spencer. Here’s an example of Dean’s art:

For nearly three years, we’ve worked on putting together and testing the Players’ Guide. For those that watch the GeoQuester Gaming Twitch streams, many of the things you’ll find in the Players’ Guide have only been available to those players, until now. Here’s a break down of what’s in the 256-page full-color book:

Do you own the Grim and the Wicked campaign? If so, you know the quality of GeoQuester Gaming’s products and can gauge your level of interest. If not, here’s the overview: You’re getting 256 pages including 7 new races, additional subraces, gunslinger and witch classes, archetypes, feats, spells, and more, all designed for Dungeons & Dragons 5e. Combined with original art by RM Shaffer and Dean Spencer, and layouts by Rick Hershey (Fat Goblin Games), this sounds promising, but the lock is that it’s the second product for this setting. Expanding on an established setting that’s broadcast on Twitch, this product does exactly what the OGL intended, it grows an existing work to create a better game. Interested in an archetype preview? Check out the Oath of the Crusader paladin here.

This crowdfunding campaign ends on Friday, November 30 2018 12:00 AM EST. You can support this Kickstarter campaign here.