I first met Jaye Sonia of Storm Bunny Studios through Design Camp 2 – The Conversion! with Ben McFarland, Jason Sonia, and Brian Suskind. He was an exceedingly nice instructor and I had a lot of fun. When he asked if I would cover his World of Alessia Campaign Primer for 5e D&D & Starfinder Kickstarter in my weekly RPG Kickstarter review column, and he led with this line, “Basically, I’m writing Chinese Wuxia/SciFi meets High Magic. So Eberron meets Firefly meets Star Wars meets Spelljammer“, it was a no-brainer. Because I liked the look of his project so much, I asked him to participate in this interview. 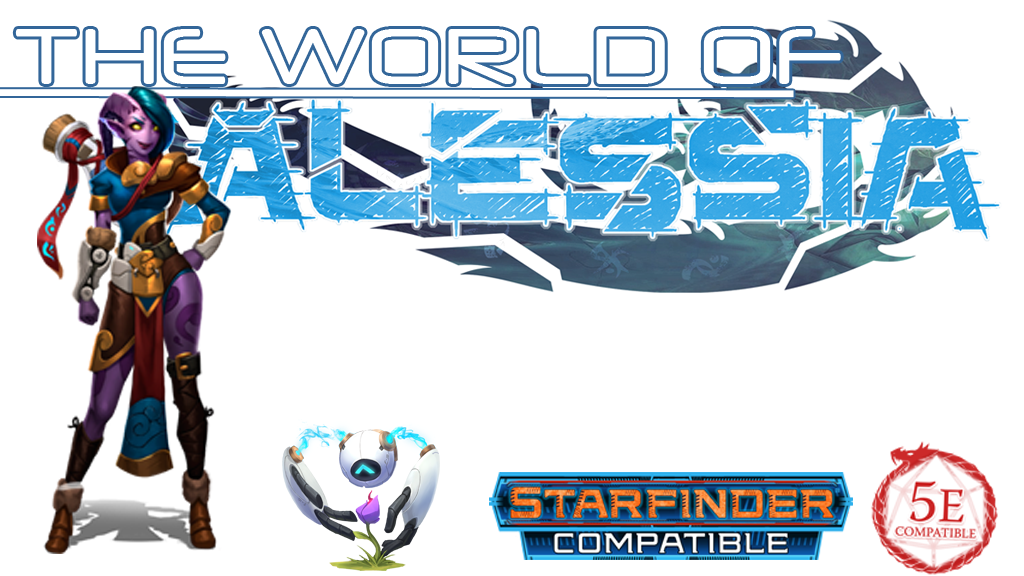 EGG EMBRY – Thanks for talking Alessia. Tell us about your scifantasy project.

JAYE SONIA – Before we begin, I want to say thanks for sending over this interview and getting behind The World of Alessia. We always appreciate this sort of support and do our best to reciprocate.

Keep in mind, this isn’t my first time playing or designing in this conceptual space, although I do think our overall approach to the play space with The World of Alessia demands a more cinematic, fluid approach to game play. It’s perfect for 5e and we’re discovering, Starfinder as well.

EGG – This setting is built for 5e and Starfinder, but not Pathfinder. Setting-wise, 5e and Starfinder service fantasy and sci-fi respectively, how much will each system be tailored to create the feel of the World of Alessia? And why is there no Pathfinder version?

JAYE SONIA – I’m going to work backwards here. Jere pitched The World of Alessia to me for the Pathfinder Roleplaying Game, but I discouraged him from pursuing that idea for several reasons, one of which was that the space is already awash in settings and support books. I simply didn’t want to launch into an already saturated market.

Plus, I was developing some mechanical ideas that were playtesting well in other spaces that I wanted to adapt for Alessia, which worked perfectly. As I expanded some of these ideas and discussed them with Jere, he agreed to develop for 5e.

We didn’t add Starfinder conceptually until later in the project, mostly to meet requests for system support. Given the nature of the World of Alessia, this also made sense.

If you compare the two systems, you’ll see some crossover. Alessia ports resolve from Starfinder back into 5e and both systems get access to stunts. We’re also adding new skills to both systems, adding vehicle rules, 11 new races, 4 new classes, and a bunch of fun spells and equipment for both, as well.

So, both systems will be tailored to streamline play a little, and only where we feel such changes improve play. Otherwise, we’re encouraging GMs to consider our ideas as optional rules to better adjust play to match our intent for The World of Alessia (Bonus fun fact: every time I italicize something, I imagine the iconic “coming this summer” voice over accompanying it). 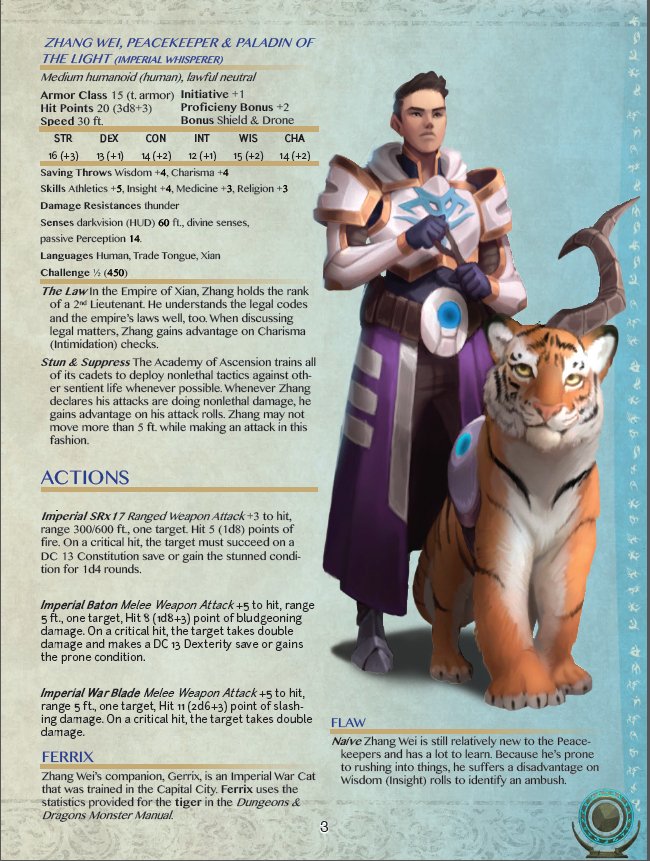 EGG – You have a number of free sample NPCs for the World of Alessia. [Here, here, here, and here.] Looking at the 5e samples, these NPCs have “Stunts”. How different are stunts compared to feats?

JAYE SONIA – I think the better analogy here would actually be traits or class features because stunts are intended to be floating, class-style abilities you can purchase to further customize your character. We’re also toying with the idea of expanding how we access and use stunts, which we’ll be discussing over on the Kickstarter page and in the previews as the campaign marches forward.

EGG – Looking at the campaign page, you have more art than many larger 3PPs share before they have secured their crowdfunding. How much artwork do you already have in the can, and are you planning to commission more?

JAYE SONIA – We have all of the art done, although we’re continuing to add smaller pieces as we move forward to better customize the overall look and feel of Alessia. Jere started building this world years ago, and like my approach with Rhune (there’s a funny story in that), he made some sizable initial investments to ensure the world he was building matched his vision.

Plus, like me, he wanted to continue to support a multitude of growing artists and over the years has assembled more than a few quality pieces. Will we add more art? Sure. We have gear that needs to be illustrated, as well as maps.

To be perfectly honest, I think we could launch now with the current art library we have, although I do think our writers would also like to eat, so, there’s that. 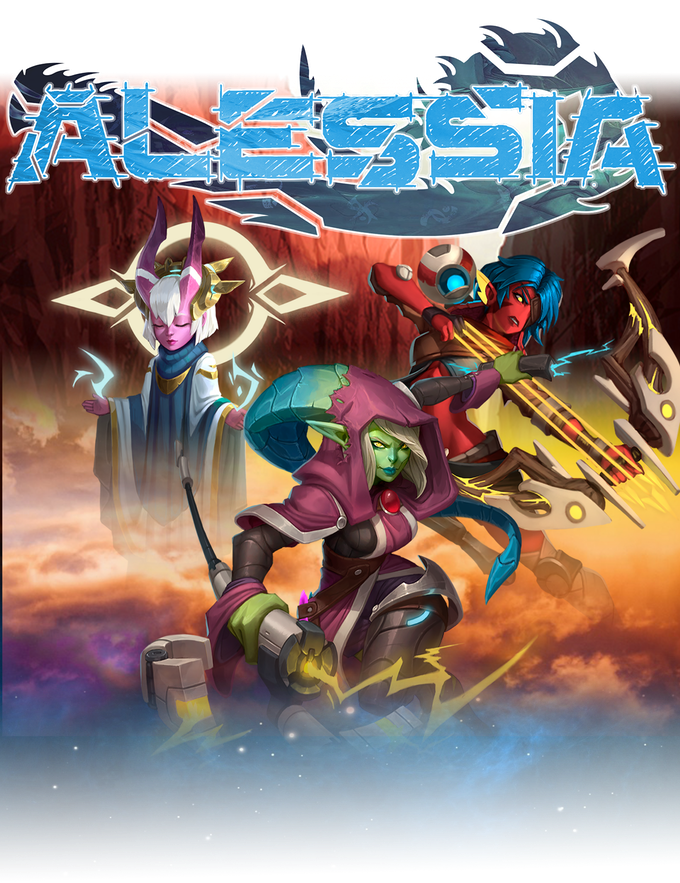 EGG – I think that leads us to the next question, how much of this project is already written and playtested?

JAYE SONIA – We’re halfway there and will have the core doc ready by the end of this summer. I learned my lesson last year about pushing things into development too soon, so I’m giving us a full year to iron out the bugs while we lay the book out and get ready for print.

Technically, all of the game is written, it’s just compiled as year’s worth of notes in Finnish. So, Jere has been translating his ideas to me (his Finnish notes I wouldn’t otherwise be able to read) in English (yay for Discord) and I’ve been furiously writing them up in English. Once this Kickstarter funds, I’m handing my English notes off to key developers with deadlines, then it’s off to the races.

We’re also planning on playtesting Alessia live, online, as well. In fact, we’re discussing running a few people through an online session with the new rules if we can schedule it.

EGG – Looking through the list of designers for the World of Alessia, there are a number of Paizo and Kobold Press staples. Who are you most excited about working with again?

JAYE SONIA – I’m actually excited to be working with Jim Groves. I work with a pretty regular staple of designers through Storm Bunny Studios, some of which I started developing with over a decade ago. While I may have worked with Jim back in my Open Design days, I can’t say for certain and I know I haven’t had the pleasure since. So, I’m pretty excited about that. 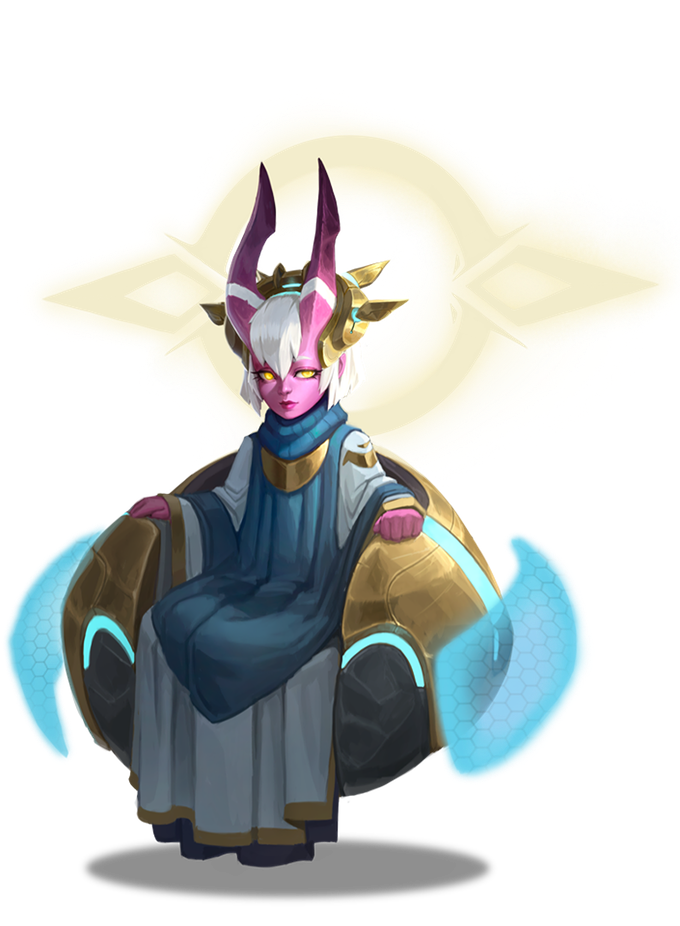 EGG – Where can fans learn more about World of Alessia and Storm Bunny Studios?

JAYE SONIA – I think if I was going to talk about all the other cool things we’re doing, I’d feel a little bad if I didn’t at least mention Bloodlines & Black Magic, the Pathfinder compatible modern-horror-occult game we designed over the last few years. You can learn more about that at our website, on Facebook, or if you’re brave, just listen to me pratter on about stuff over on Twitter. If you’re the sort of person interested in the gears behind the process, there’s also my Patreon Page, as well.