1. Can you tell the readers a little about yourself and your role as a contributor to Open gaming? 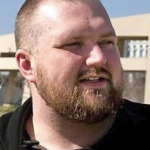 I’m Christen N. Sowards, owner of the Lost Spheres Publishing. I have also done freelance for Jon Brazer Enterprises and Nat 20 Studios as well as fiction work for board game companies. Before that, I worked in book retail. My company focuses on interconnectivity between OGL gaming companies, supporting content from 3pp (3rd Party Publishers) companies and adding to the diversity of options for permissive gaming tables. We provide mythic paths, prestige classes and feat support for those classes and multiclass characters drawing on content from different companies. OGL gaming is pretty much our lifeblood. We also just funded a successful Kickstarter for a planar metropolis, the City of 7 Seraphs.

2. What does Open gaming mean to you?

OGL games are the DNA of the Pathfinder game environment, Paizo themselves functions under the OGL for its derivation of the ancestral system. Open gaming is the strength of the Pathfinder game and it is unfortunate that the community doesn’t always see that clearly. More time needs to be spent educating one another and less time criticizing those trying to develop and strengthen the systems behind our shared adventures. We believe that gaming is the mental technology to make better people, to discover the hero within us all. More information is available on our blog here.

3. What Open games have you contributed to?

4. What Open games do you most enjoy contributing to or playing?

5. How do you think an Open game system you’ve contributed to can most be improved?

More resources for GMs to actually help the people at the tables. Too much focus is put on our games on perceived balance and differences of design opinions when the ultimate lens of the game is the GM. We need to start focusing on training and empowering the GM to achieve higher levels of competence, greater confidence and deliver better gaming experiences. That, more than anything else, will grow our hobby. The City of 7 Seraphs is designed with an eye to aiding GMs to tell broader ranges of stories cut down difficulties for game prep.

6. What other contributors to Open gaming do you admire or respect the most (and why)?

7. Is there an Open game that you wish had more exposure or appreciation?

Other than Pathfinder, maybe Mutants and Masterminds which is nearly as supportive to 3pp creators as Pathfinder.

8. How do you see the future of Open gaming? Growing? Staying about the same? Shrinking?

I believe OGL games are at a crossroads. Circumstances could lead to a golden age of collaboration and creative synergism or diffusion of our efforts into a mess of conflicting agendas, negative self-interest, and community fragmentation. Decisions made now will impact our hobby for decades and might even make or break the future of the hobby as a whole. Fortunately, there is enough passion that I believe OGL games will survive even the most negative times from here on out. Gaming is in the zeitgeist of the community and nearly mainstream with Twitch Streams, YouTube, and social media communities. The hobby is on the edge of becoming something much greater. I hope it does.

9. Can you share any useful resources to Open gaming contributors that other potential contributors could benefit from? Such as good sources for art, editing, or the like?

10. Anything we didn’t ask you that you wish we had? Tell us what is most important for readers to know about you, or your contributions to Open gaming!

I think that Safe Gaming Spaces are vital to the Open Gaming movement. We need to start caring about who we choose to be at the table with one another and stop judging the lives and baggage we have outside the table. Gaming is a powerful tool for building mutual understanding, shared visions and inspiring us all to do better.

Check out some Products from Lost Spheres Publishing!

John Reyst is the owner of Open Gaming, LLC, and the Open Gaming Network, a group of rules reference websites for "open" game systems, as well the Open Gaming Store at http://www.opengamingstore.com. He is married to the greatest wife in the world, has three awesome daughters, and two really cool dogs named Loki and Leo! When not working on the SRD websites he's likely out on a trail riding his mountain bike somewhere in southeastern Michigan.

View all posts by John Reyst →